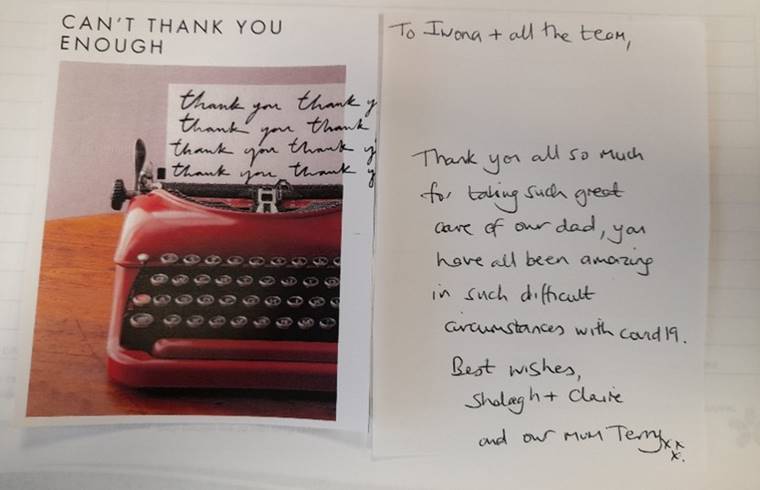 Patrick was admitted to hospital in poor health and was diagnosed with COVID-19.

At this time, he had severe delirium and huge health deterioration after COVID. The prognosis was poor to say the least.

On 17 April 2020, Patrick came to Pavilion Court as a very poorly chap and the likeliness of him returning home grew slimmer as his physical and mental health deteriorated.

With the care given by the staff at Pavilion Court Paddy (how he like to be called by all of us) began to make improvements day by day. Staff attended to him and made his days pass with laughter and care.

Staff would sing to him and talk about when he came to England and where he worked. He enjoyed telling staff stories about his upbringing and the life that he had and was very proud of his Wife, Daughters, and work.

Paddy could talk hours and hours about his lovely Ireland – where he originally belonged to.

Slowly but surely Paddy returned to his former upbeat self and had a zest for life once again.

Through the staff’s hard work and dedication and Paddy’s determination on the 02 November 2020 he was able to return home and to be reunited with his beloved Wife and Family.

Paddy and his great character will be very much missed, however, all of us here at Pavilion Court are over the moon he is able to return home to be with the ones he loves most!! 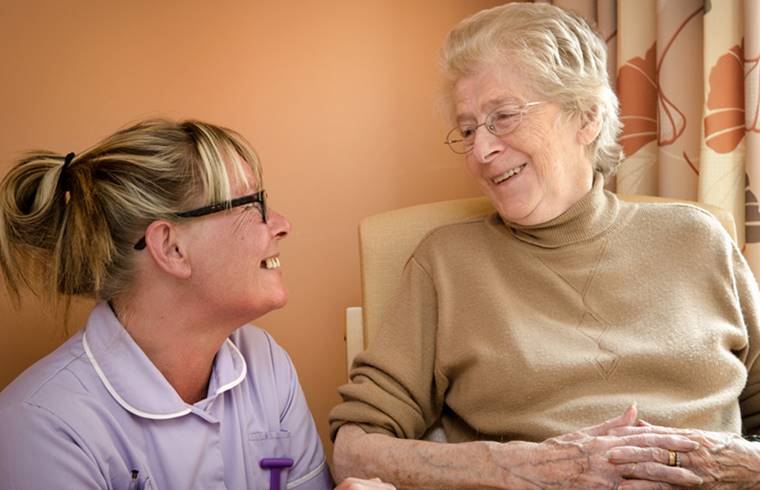