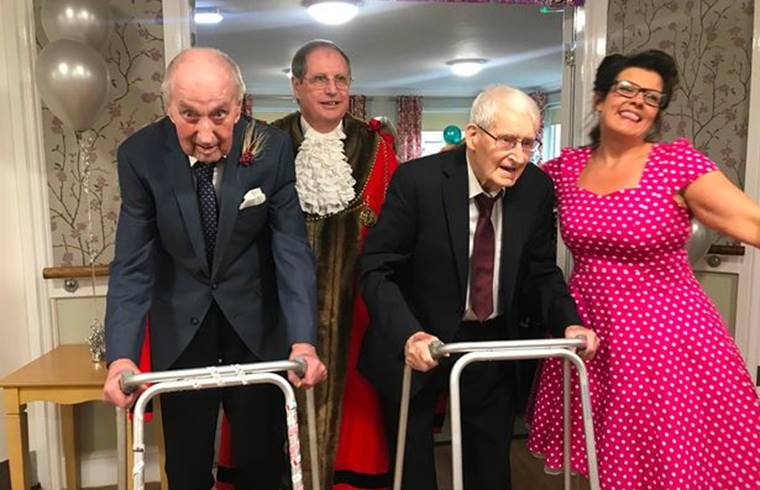 Friends, family, and fellow residents of our Park House home in Fawdon gathered to celebrate the 100th birthday of John Mooney and Grafton Greenway. With the help of staff, the pair danced their way through a performance from special guest star, Karen Kennedy, who reached the boot camp stage of 2017's X Factor competition.

Speaking at the party, Grafton said he was "ecstatic" to see people celebrate such a milestone.

Those in attendance shared their memories of John and Grafton in earlier life.

Family friend of Grafton, Diane Whall, said "Grafton is like a grandad to me" The two met when Diane moved to the same street as Grafton and his wife Dot. The 53 year old added "I remember listening to Grafton play piano. The sound would spill out into the street. I would open the back door and just sit and listen to him play - he was an incredible pianist."

Following a second stroke, Grafton lost his ability to play the instrument, which came as a great loss to those who loved to hear him.

John Mooney, who spent part of his childhood in a convent in Carlisle, also enjoyed the day surrounded by his daughter, Irene and extended family.

Speaking about her father, Irene said: "My dad has always been very active. He didn't learn to drive until he was 57, and only learned to swim when he was 80. On holiday to Florida, my dad just assumed he would be able to swim. He jumped into the pool and had to be rescued by the family. After that day, he decided he needed to learn the skill."

The party, which brought smiles to all the residents in the home, was organised by care home administrator, Steven Richardson. The part time entertainer said "Events such as this really lift the residents' mood. It's a lovely thing to be able to do for them."

Lord Mayor of Newcastle, David Cook, also attended the celebration at the care home to congratulate the pair and wish them well. He explained "Visiting people for their 100th birthday is one of the greatest pleasures of the job, and one I would no turn down" 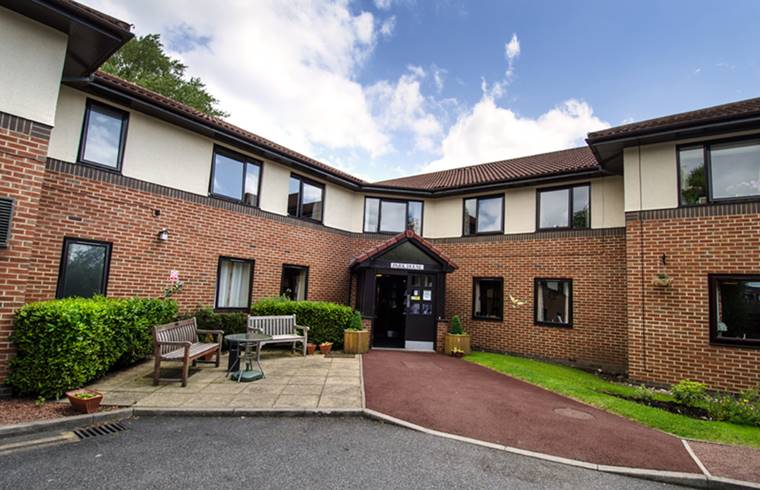